One of the country’s largest property investors has made a record North Texas apartment buy.

The transaction was expected to fetch more than $300 million. The sale by Invesco Real Estate included almost 1,700 first-class rental units in 17 buildings.

Built between 2007 and 2012, the Legacy North apartments are almost fully leased with rents that average $1,325 a month. Invesco Real Estate had owned the apartments since 2014. The apartments are next to the popular Shops at Legacy restaurant and retail center at Legacy Drive and the tollway. 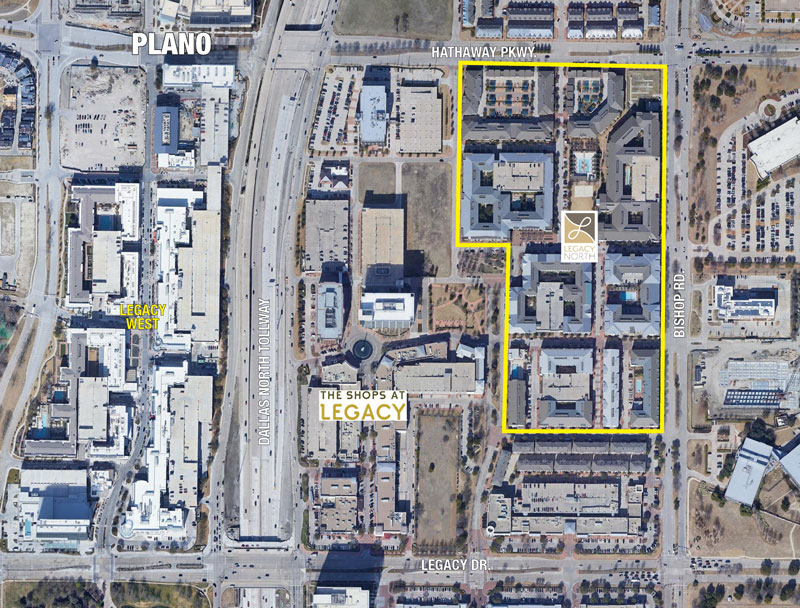 “There was a substantial amount of interest in Legacy North, resulting in a very competitive process,” said Jeff Price, managing director of investment sales at Walker & Dunlop’s Dallas office. “As you are keenly aware, there is an overwhelming amount of capital that needs to be deployed. The quality and location of Legacy North was attractive to a broad array of buyers.”

The big Plano property deal is just the latest in a record number of North Texas apartment sales. The Dallas-Fort Worth area led the nation in apartment investment in the first half of 2021 with almost $8 billion in sales.

Invesco Real Estate still has a major position in the Legacy market, with a big stake in the $3 billion Legacy West mixed-use project.